The Old Courthouse Museum is now a delightful reminder of years long past, before paved roads and indoor plumbing, back when jails were dank dungeons and records were handwritten on paper. Today, the building is in better shape than it was fifty years ago!

In the making of this documentary, we interviewed 19 people with various roles in the Historical Society and the Old Courthouse, ranging in age from about 10 years old to over 100. This film touches on a wide variety of topics such as the importance of farm animals before crop insurance became widespread in the county, fashions from yesteryear, how people lived before indoor plumbing was introduced, how the justice system works today almost the same as it did back then, the role of the country school teacher, and many other things along the way.

This film honors those who worked so hard to save the building and preserve artifacts and memories of Iroquois County, and also honors those who came before them – the people who embraced the hard life of a pioneer, before roads, running water, electricity, and all the other modern conveniences we take for granted.

This project was especially meaningful to me. When I was young my grandparents worked very hard at a museum in Zeeland, MI. Every time we visited them we would get to go see the new displays and take a tour throughout the old house. 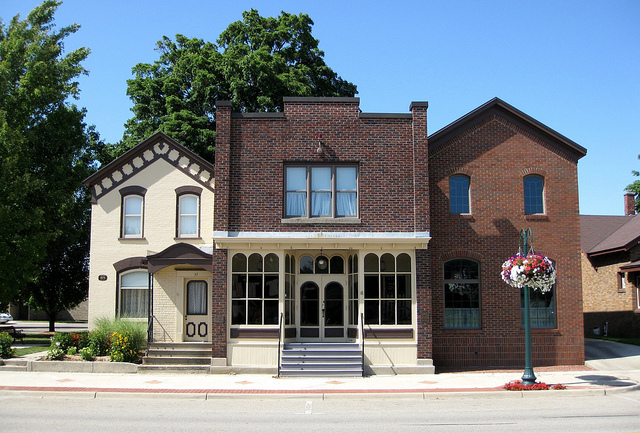 My grandfather was an immigrant from the Netherlands shortly after WWII was over, so he was fluent in Dutch and would spend hours translating old Dutch letters for people who would bring them to the museum. They also spent a lot of time traveling and researching their genealogies.

Working on this project brought back great memories and gave me a new appreciation for the work they were doing twenty years ago.