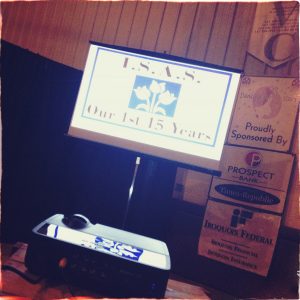 Videos were shown for ISAS’s 15 year anniversary fundraiser in Watseka.

This spring we had the privilege of seeing what happens behind the scenes at our local Iroquois Sexual Assault Services (ISAS) office. We weren’t quite sure what to expect, but were blown away by the care and compassion that we found from the staff as well as the many volunteers who carry out this important work in our county.

We produced a series of three videos to be shown at ISAS’s signature annual fundraising event, a community-supported dance-off called Dancing for the Stars.

It was also ISAS’s 15 year anniversary, so the first video covered how the vision for ISAS came to life, and some of the early challenges faced by the organization.

Response to the videos was absolutely fantastic, and gave the audience key insights into the organization that would be difficult if not impossible to illustrate in any other way during a fundraiser. Now the videos are available to watch online, and are also used for smaller events and meetings to continue to raise awareness for ISAS.