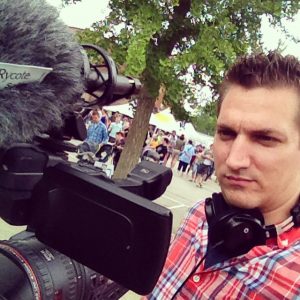 We were told there were roughly 100 volunteers this year, and they were busy, pouring $0.25 drinks of soda non-stop. We noticed pony rides this year, which we didn’t remember from previous years, and the food, kids games, carriage rides, and many, many unique vendors make it a one-of-a-kind family event.

I also had a chance while I was there to talk to Tony Comtois, mentor for CU at Home, a homeless ministry I’ve worked with for several years in Champaign. Just a great, down-to-earth individual who has been there, recovered, and now faithfully serves the homeless community in Champaign.